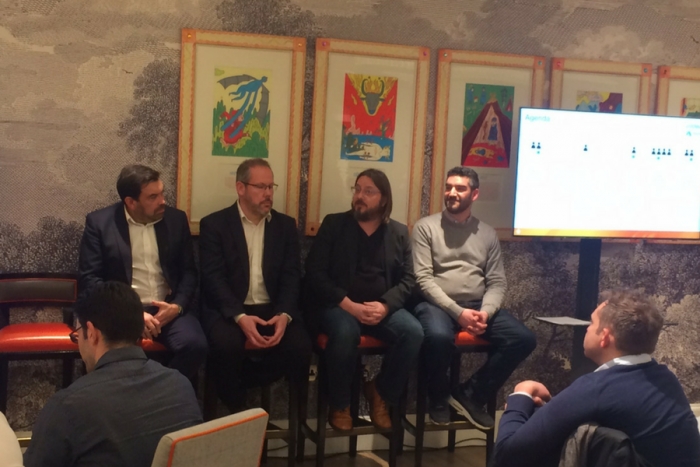 At a recent, fascinating, and important seminar in London organised by Ooyala in conjunction with Microsoft Azure entitled “AI Meets Media”, the packed room grappled not so much with defining artificial intelligence (AI) versus machine learning (depending on who you ask) but the central core of what enables AI Cognitive Services to be useful in the video world.

And we’re not just talking about data that is gathered, stored, and lying around gathering virtual dust, but data that can me made useful by bringing it to life in multiple ways that are meaningful to each organisation that deploys technologies like the Ooyala Flex media logistics platform, which runs on Microsoft Azure.

Mark Rawlings-Smith, Ooyala Head of Partnership Marketing, opened proceedings by introducing Ooyala - a leading provider of software and services that simplify the complexity of producing, streaming, and monetising video - and acknowledged their expanding partnership with Microsoft, specifically the Microsoft Azure platform, which is the preferred infrastructure platform for Ooyala software and services.

Ooyala Director of Sales Enablement Phil Eade ably guided the group through issues and parameters surrounding AI, video indexing, cognitive services and other areas where investments to achieve pre-defined goals might be best applied, but the end-game for all was to explore the use of metadata to drive processes and technologies that will shape the future of television in ways that will enable broadcast and production companies to maximise their return on investment– essentially by knowing what they have, where it is, and how to monetise it.

And this is no easy task. The world is awash with content – legacy and existing - and a relentless tsunami of new material is also being created every second of every day for news, entertainment, drama, events, specialist interests, or someone’s kitten - who just did the cutest thing ever.

Following an illuminating overview and some very revealing snap polls of those in attendance (all will be revealed by Ooyala in several months’ time)  Boxer Systems’ CTO Marc Risby participated in a panel discussion alongside Craig Chuter from the Microsoft Azure Media Industry Blackbelt Team – EMEA, Chris Cheney, CTO and Co-founder, MPP Global, and Adam Jakubowski, Senior Account Executive, Ooyala.

The first question posed was to help define the differences between AI, machine-learning and other terms.

Risby said, “Irrespective of what you want to call it - AI or machine learning - the bottom line is that it is a deeply complex science. It can be difficult to explain and, in a way, what you call it is the least important thing. Concentrating on the practical issues, we know that to deal with the volumes of media we have in a meaningful way, it’s imperative that new technologies that can automatically create metadata to describe almost anything are developed and deployed throughout an organisation. When done well it eliminates a lot of tedious tasks and multiple complexities.”

Risby went on to say that Boxer customers, rather than being bothered about what AI is or what it’s called, are far more interested in applications of AI technology, i.e., can processes be made to work better, cheaper, or faster?  Many have been burned in the past by technologies that simply didn’t work.

Risby added, “The introduction of automated metadata generation and extraction technologies is not a new science. Over the past 20 years there have been numerous false starts, so promises of newer and better technologies in recent years are met with a greater degree of, ‘Oh yeah? Prove it”. The difference today is that big-data and cloud services combined with AI technologies mean that the pool of data to improve machine learning and the ability to learn from feedback goes across not just thousands of hours of content, but millions, and, soon, billions. The datasets are so much bigger than in the past.

“We’re now seeing, for example, AI technologies like speech-to-text that are achieving more accurate results than human transcription, and for a fraction of the price. That’s one very small example, but it’s what broadcast and production people want. The question of accuracy is key. There is still scepticism about how well AI will work and the veracity of the data that comes from it, but it’s getting closer, with some estimating up to 90% accuracy, which for many applications is good enough.”

Risby went on to explain that if you extrapolate that ability to higher-end tasks like curating and creating content - i.e., serving you with something the AI thinks you want to see rather than you having to constantly seek it out - everyone wants to improve that ability and make the results more relevant. It’s getting better all the time, which is down to massive increases in the amount of metadata that accompanies the content and how it’s handled.

While it may be somewhat disruptive in the near-term as manufacturers and developers get to grips with what it can and cannot do, it is readily apparent that AI has the potential to be hugely beneficial. For that, end users and those who stand to benefit along the way need to see something that’s real- world, and demonstrably working. Many, at least those organisations large enough to invest heavily in it, are already reaping rewards, but technology needs to exist that will affordably migrate those benefits to smaller organisations and facilities.

To that end, the consensus at AI Meets Media was that useful metadata generation that bypasses tedious manual intervention and, most importantly, applying AI to applications that can use the information in a truly meaningful way, is vital, and edging ever closer to reality.

For example, this article was artificially written by a bot, using loads of metadata, with help from a cute kitten.