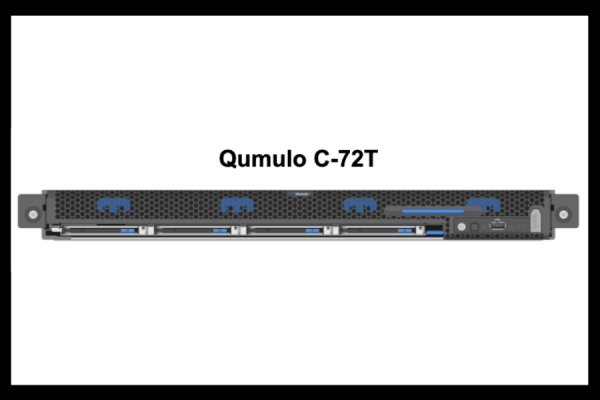 “For too long, file customers have been forced to choose between capacity versus entry point, performance versus price, or scale versus incremental cost. Qumulo believes customers shouldn’t have to make those choices,” said Molly Presley, director of product marketing.

The C-72T enables customers to start at less than 200TB of capacity and scales to beyond 3PB affordably in 1U, linearly scalable increments. “Many other solutions often require organisations to select a very large hardware configuration in order to be economical, or choose a small solution that doesn’t scale,” said Presley.

The company’s software has been boosted to a 2x increase in performance, it said.

Previously, system admins would be required to segment users by protocol or set up elaborate permissions inheritance schemes to prevent users from inadvertently breaking file permissions and locking others out.

“With XPP, admins can spend less time managing, troubleshooting, and repairing permissions issues, and can confidently allow cross-protocol workgroups to collaborate across the Qumulo file

In response to customer demand for S3 protocol support, Qumulo has announced a certified solution with MinIO for its Minio open source object storage server. This solution will enable customers to run both file and object workloads from the same storage infrastructure.system,” Presley said.